Lego made the building instructions available yesterday so I’d like to present you the official B model of the 42078 set, the Mack LR Garbage truck:

The garbage truck is smaller than the truck, but without the numbered bags I strongly suggest to sort your parts before you start building 🙂 The whole process took me around 4 hours (didn’t count the 2 hours for disassembling the Anthem truck). 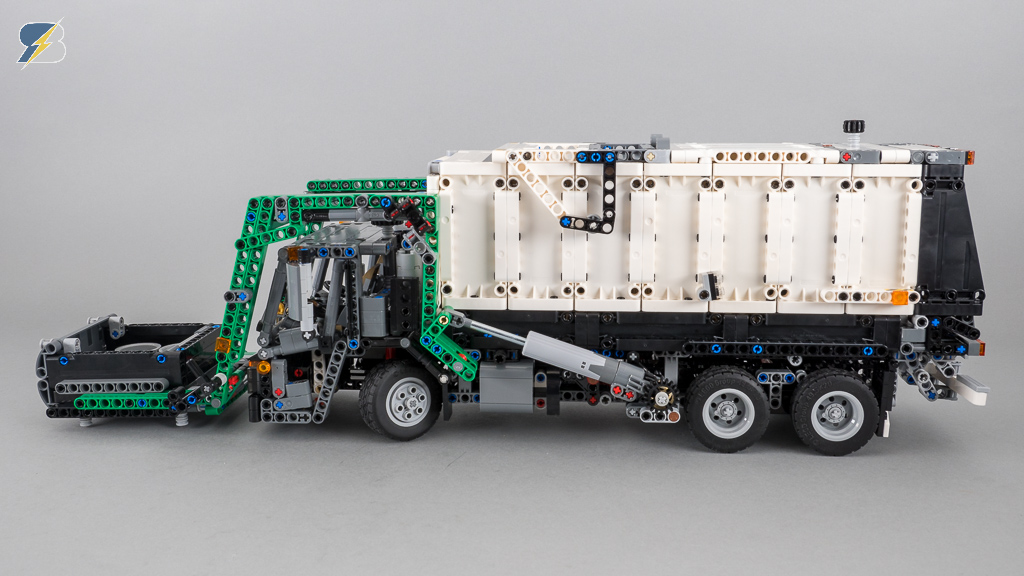 The garbage truck is a very nice and detailed B model, easily could be an A model on it’s own. All functions are manual just like the A model. 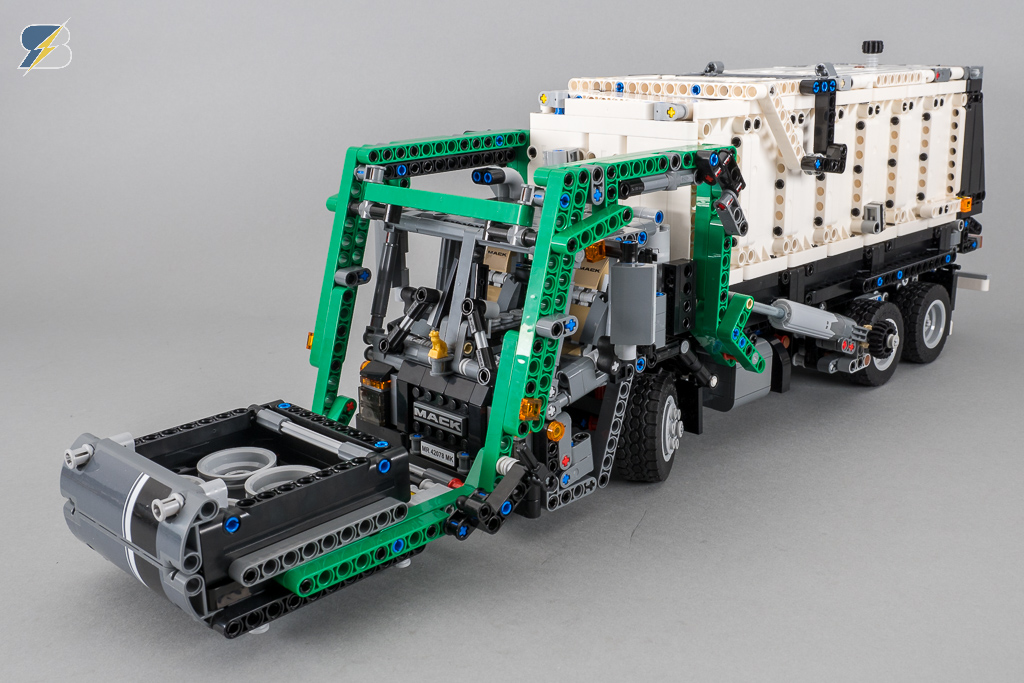 The truck has a container with the rims used as garbage. 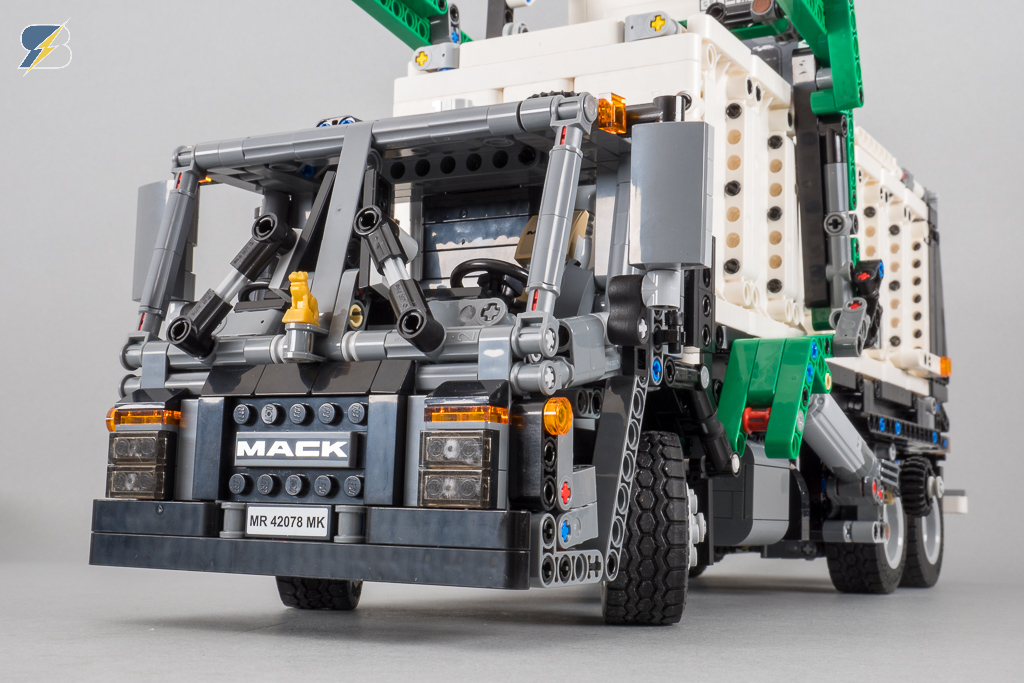 The front is again detailed with non-Technic bricks (although due to the size and shape it uses less elements than the Anthem). We have the MACK logo and also Mack the Bulldog 🙂 There are also working windshield wipers. The doors are not opening. 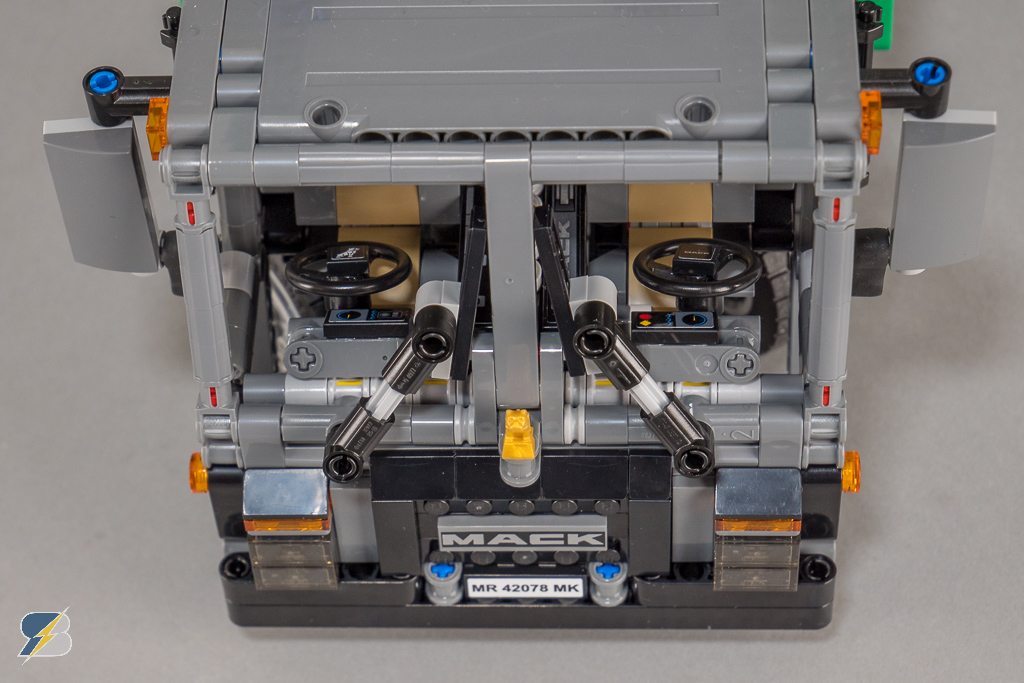 There are two steering wheels, but unfortunately they are not functional this time. That’s understandable considering the size of the build and the space available in the front section. 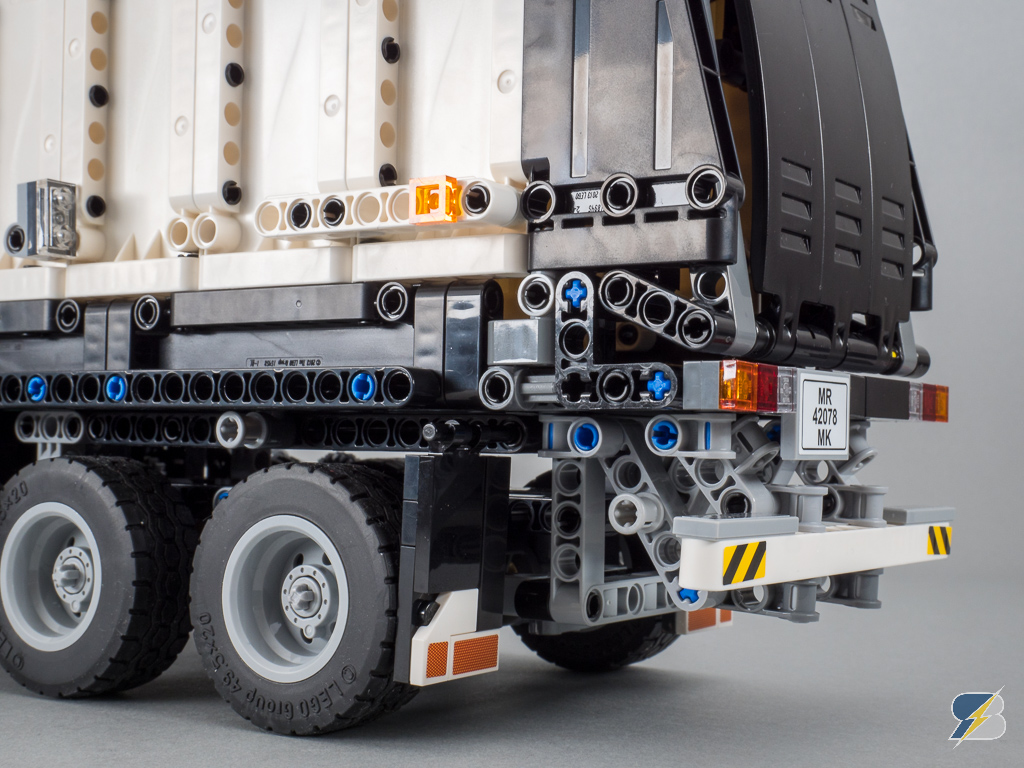 The garbage truck has many complex sections. I think this is a signature building style of the designer, Milan Reindl. If you’re finding yourself building complicated 3d shapes with different connectors sticking out everywhere and you have no idea what you’re doing, then suddenly everything perfectly pops in place and you realize what part you just built – that’s a design by Milan for sure 🙂 I’m amazed by his design ideas and refreshing approach he takes to mimic real life components. 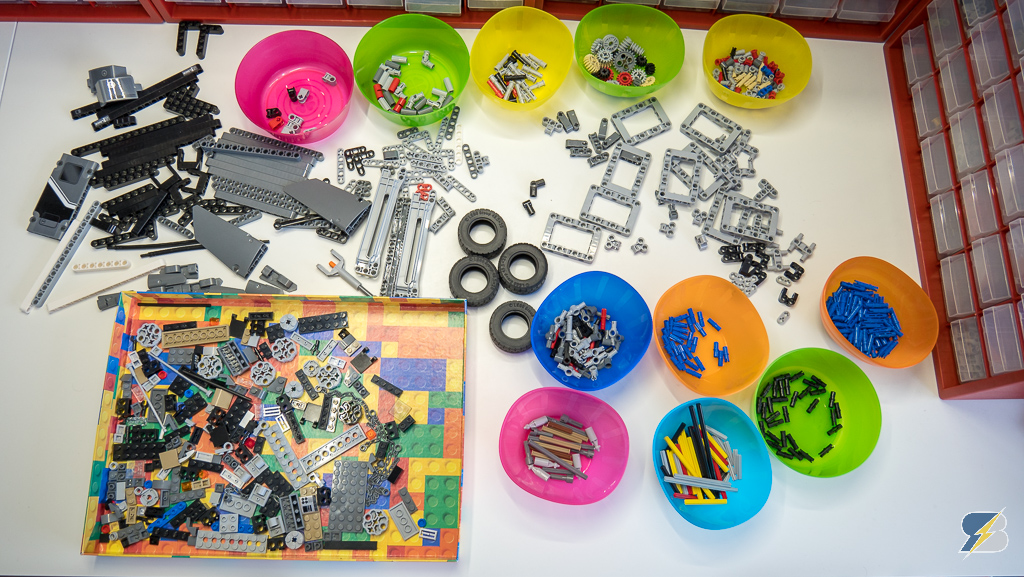 I cannot tell you the exact number of pieces used/not used from the A model as there might be some additional pieces here what I added during my first motorization attempt, but there are a lot of panels/beams/frames left. Also a better part of the non-Technic elements is unused. 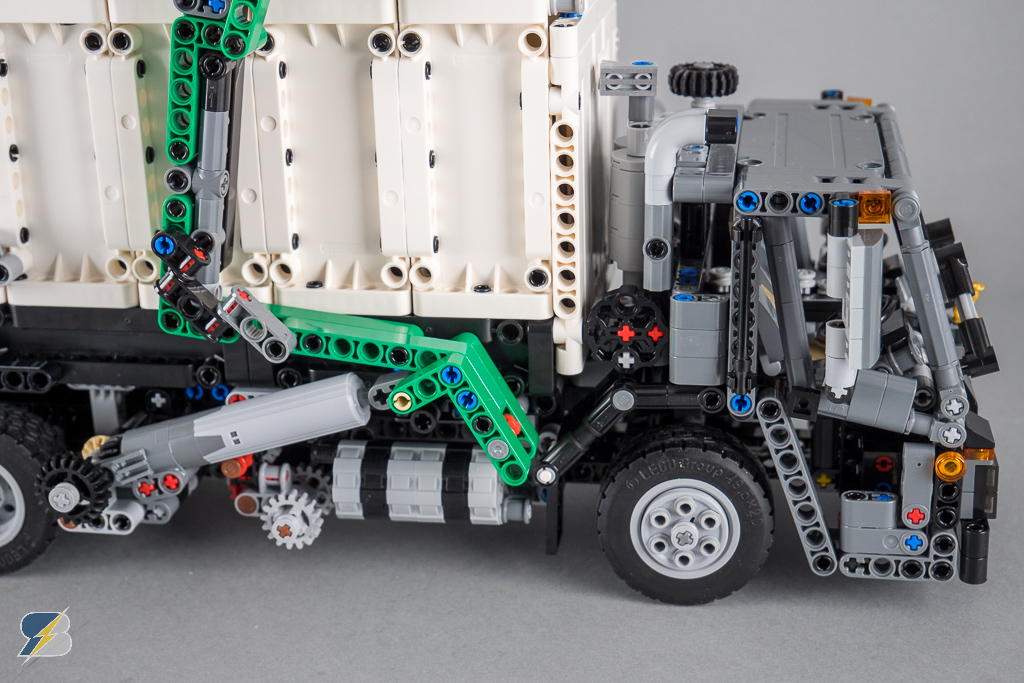 All in all the Mack LR Garbage Truck is the best B model I’ve seen in many years, almost makes you buy a second copy of 42078 just to have both models on display.