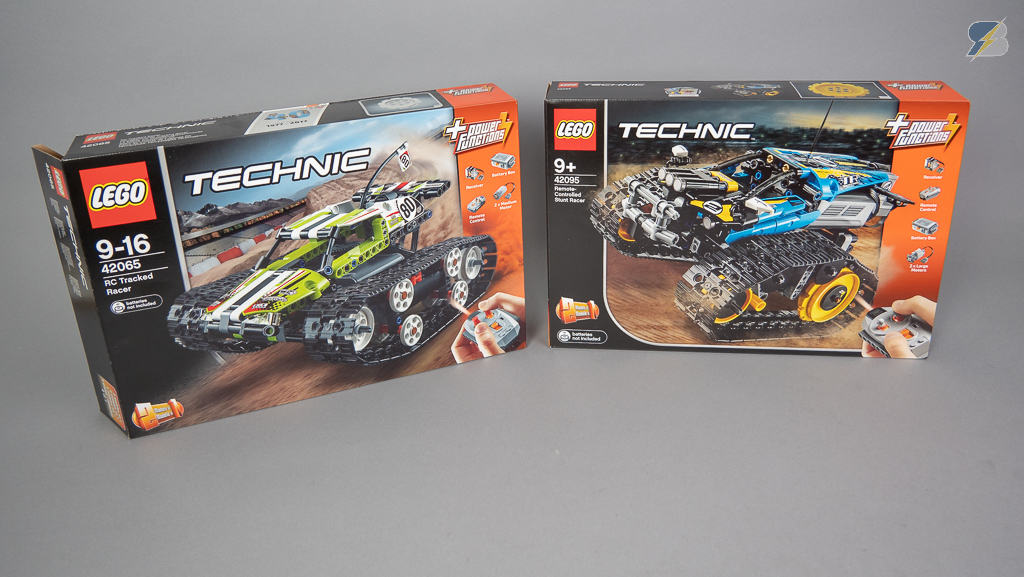 On the back you can see both A and B models, they look very similar but I think that they will behave differently. Unfortunately the instructions for the B model are not released yet, will review it as soon as it appears online. 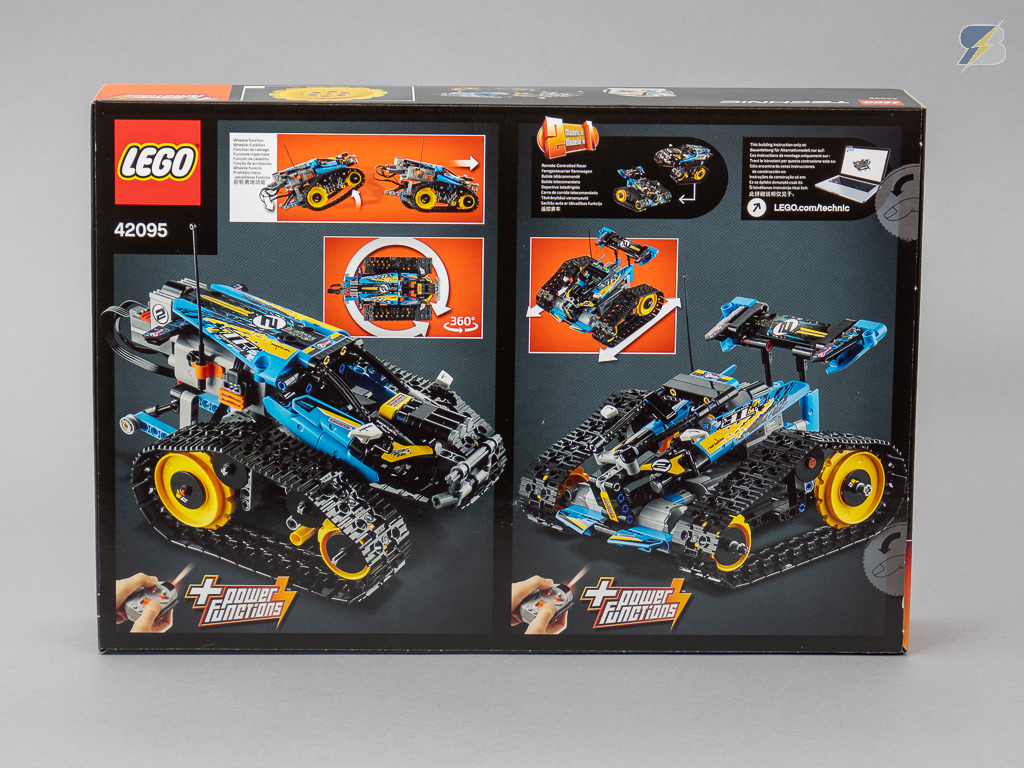 There are 4 unnumbered bags, a battery box, the manual and the sticker sheet 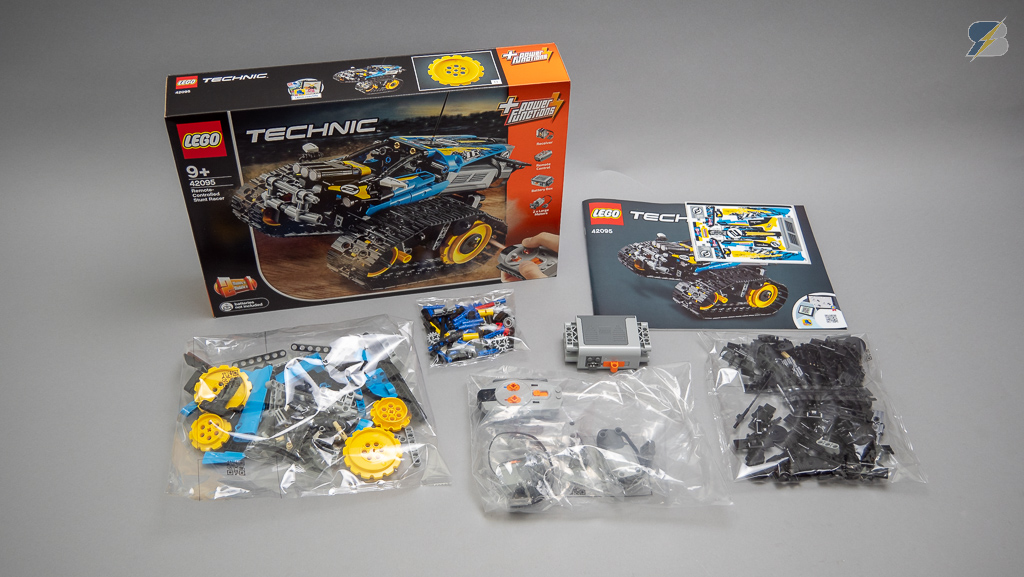 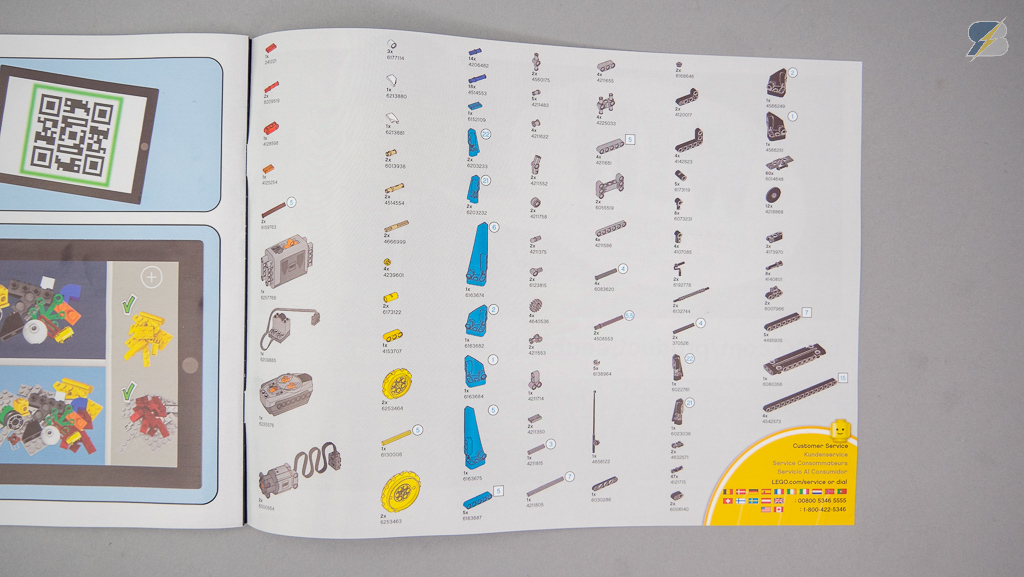 The set has a great number of Power Functions parts. There are 2 L motors, an IR receiver, IR remote and an AA battery box. This seems to be a great deal for the price and nice to see 2 L motors appearing in a set, but honestly I was expecting to see this set as the first one equipped with the Technic version of the Powered Up system. 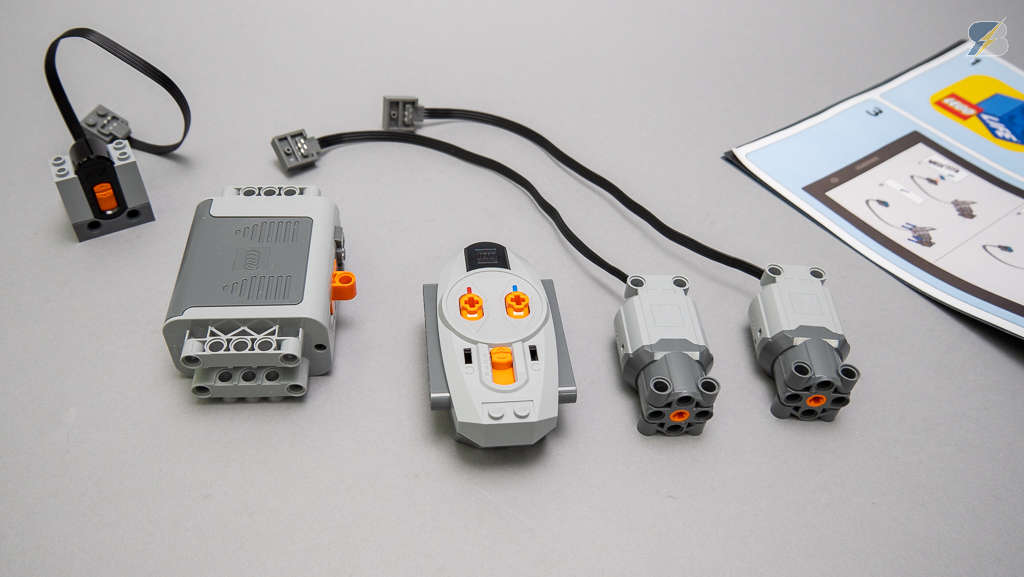 Removing the battery box seems to be more complicated then in 42065, and as you can see in the video it takes much more time to change the batteries. On the other side the racer is more robust, the top does not open as easily as the one of the predecessor. 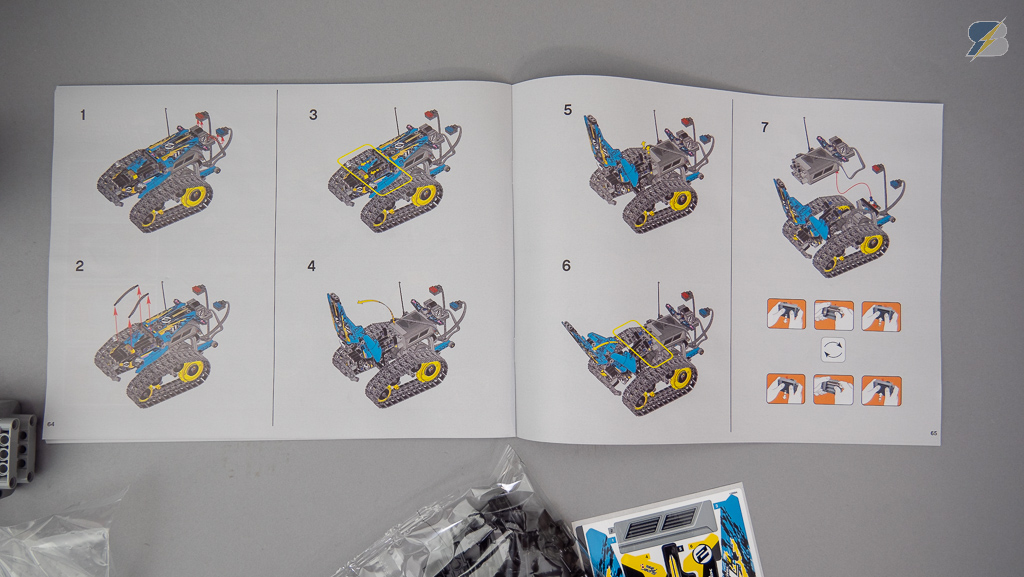 These are the extra parts left after building it 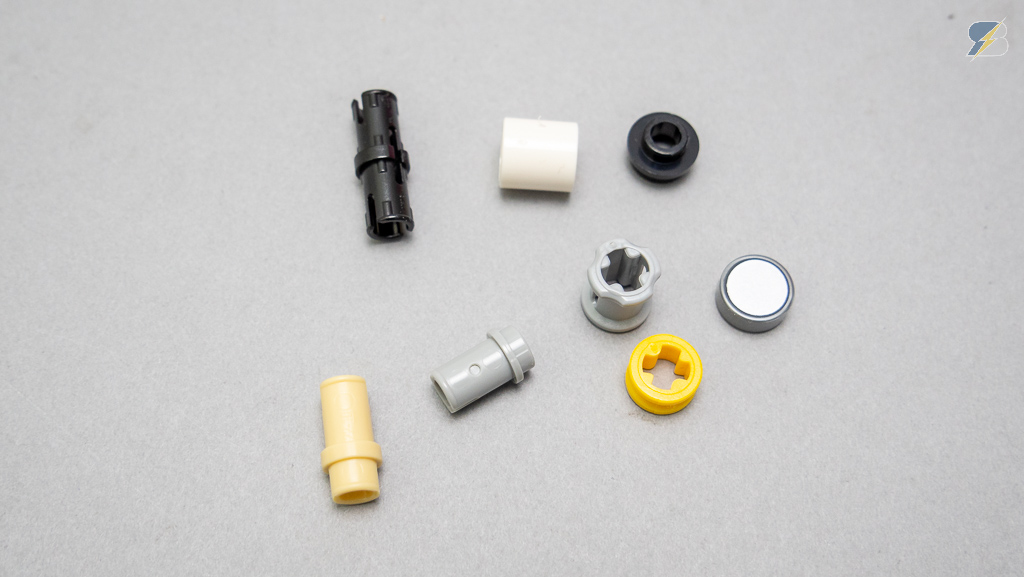 The biggest feature of the set is the new 7 stud wide sprocket wheel. It will provide the possibility to build much bigger tracked sets then before. Unfortunately it does not have teeth inside. 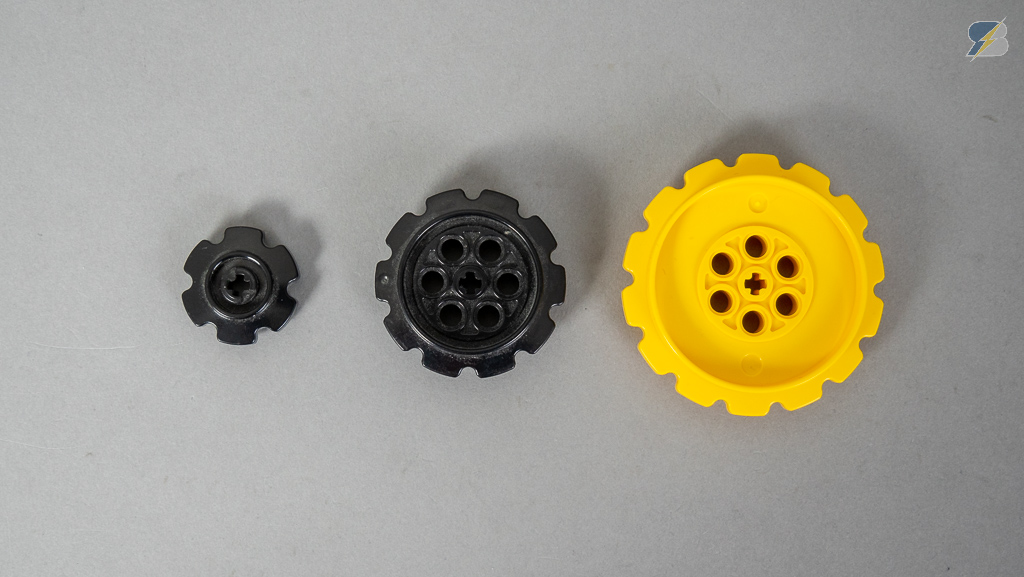 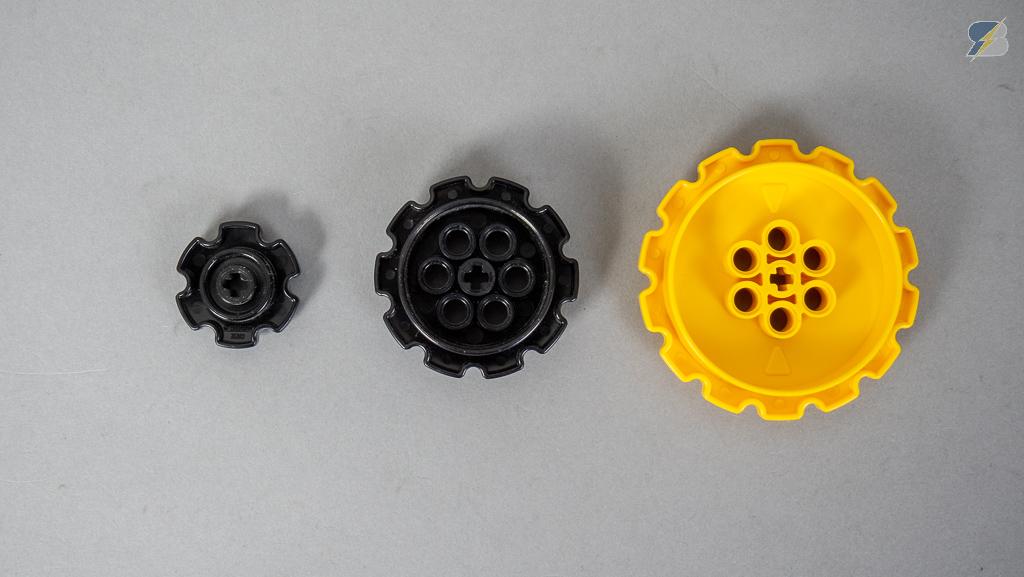 Here is a comparison with the 42065 RC Tracked Racer. The proportions are quite different, 42095 is shorter and much taller. The batterry box (and the center of gravity) is placed high and towards the back, which enables the racer to do some nice wheelies. Actually the problem is that it mostly does wheelies and it is very difficult to drive it normally. Check the video for the details about this. 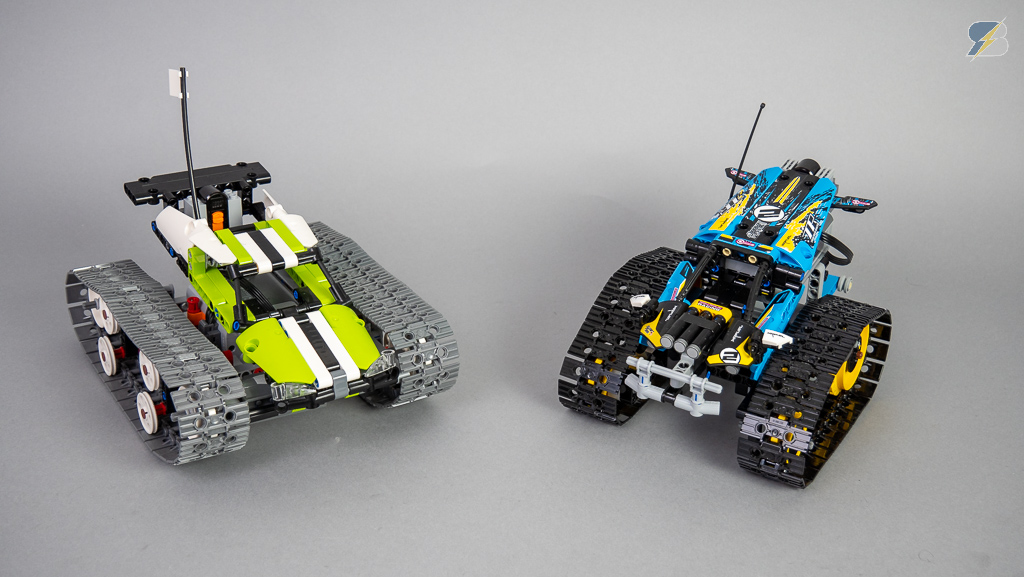 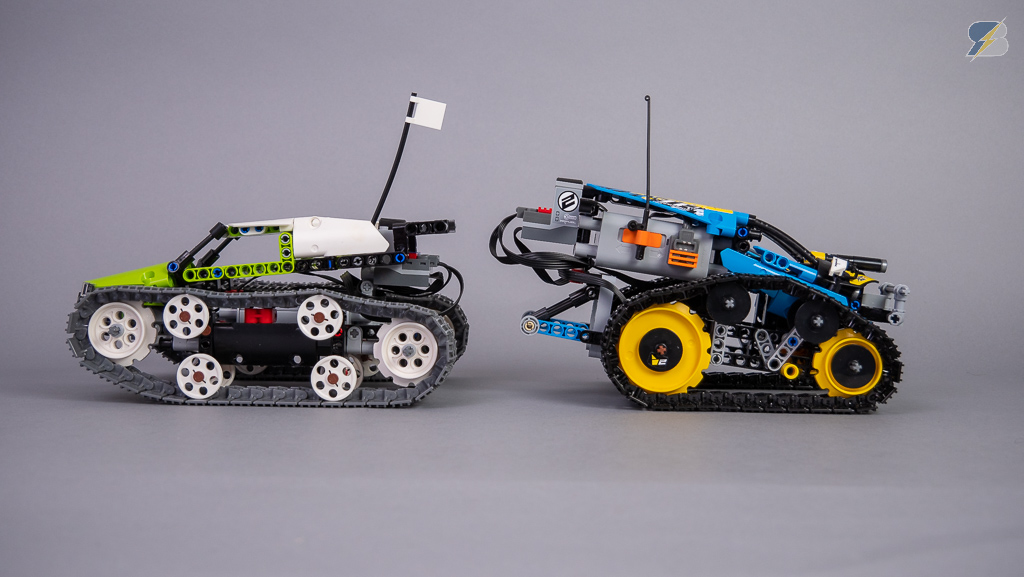 The front has a small cabin, some sort of engine, lights and a bull bar. 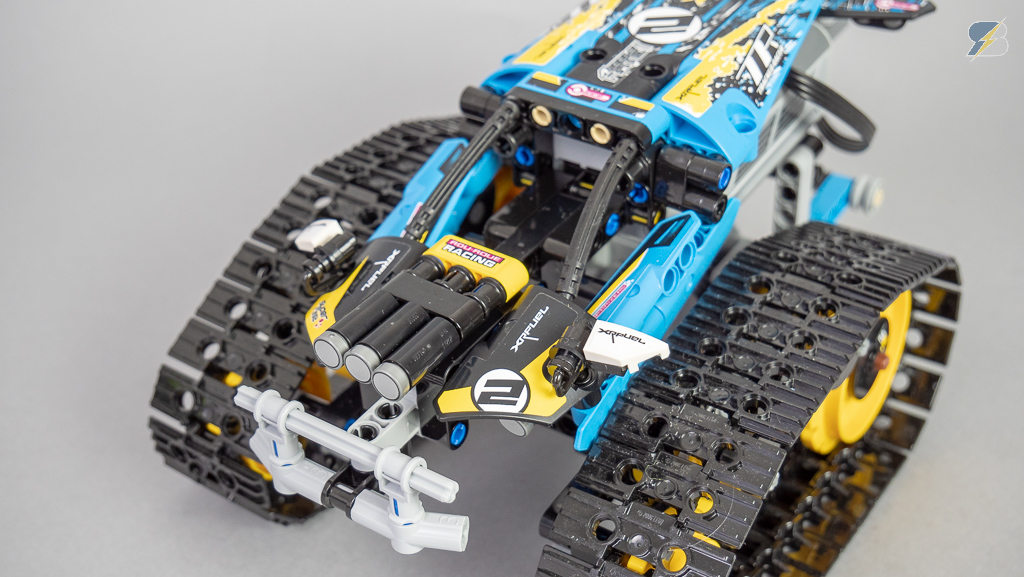 There aren’t many sets that had stickers on the battery box and the IR receiver, I found only one example for the latter. The cables and connectors are exposed and they are very difficult to arrange properly. 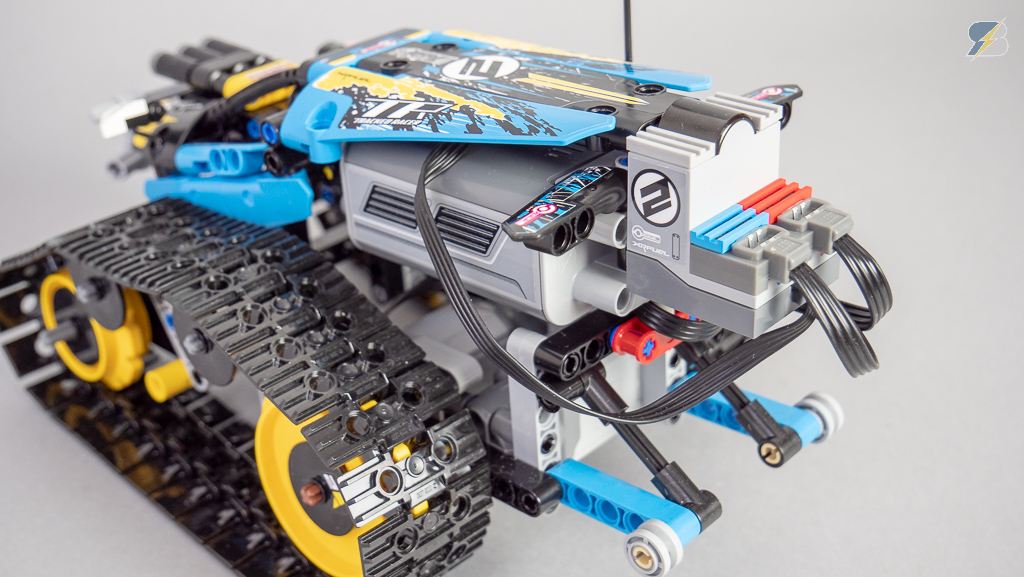 The L motors are placed symmetrically to drive the rear wheels, they are also used as a structural part of the body. 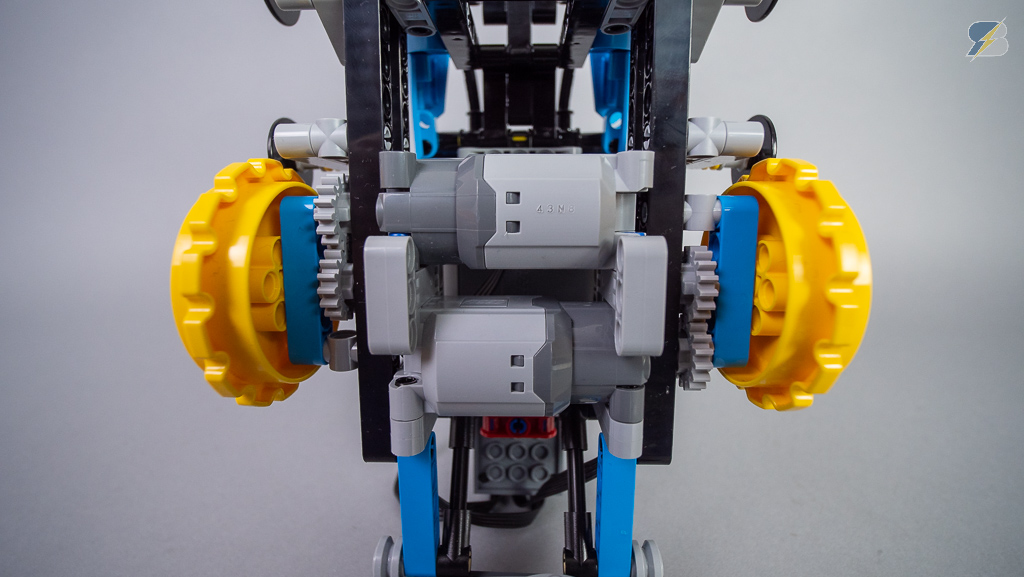 Unfortunately the Stunt Racer did not deliver so far what I expected. With the more powerful L motors and the bigger sprocket wheels it is significantly faster than the 42065, but it is also more difficult to control and due to the constant wheelie mode” it does not able to climb properly, only backwards. Adding the rubber inserts does not help either. 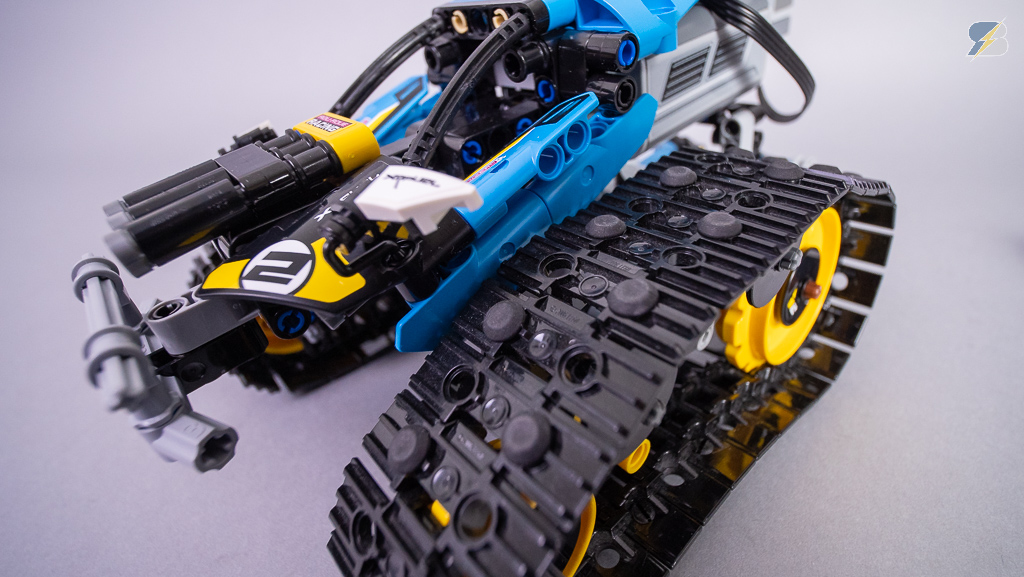 I’m looking forward to test the B model as it seems to be more stable, I will provide my overall opinion after that.