When I built the upgraded 42050 Drag Racer I wanted to film the race between the two versions, so I needed to have the start system of the drag racers so called “Christmas tree”. This device has multiple versions for the different types of races, I decided to make the following one: 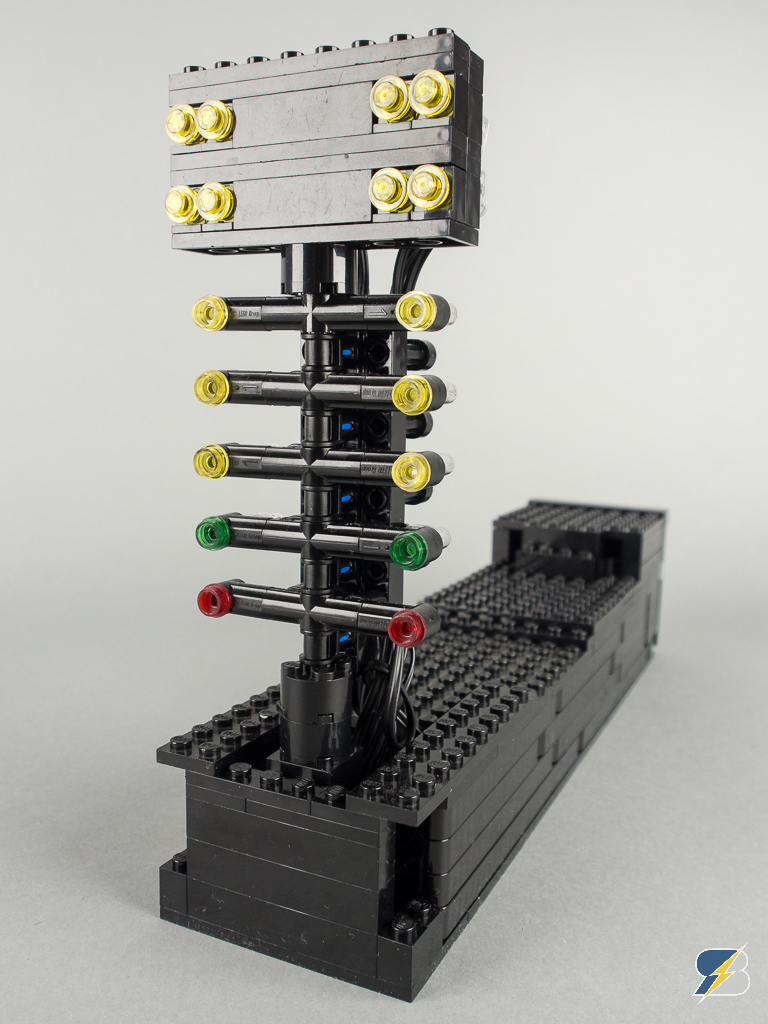 As I was not familiar with this system I had to do my research online – apologies if there’re mistakes in my explanation, feel free to correct them 🙂 There’re 2 lights on the top for each lane – the top ones are the pre-stage bulbs, below that you see the stage bulbs. They indicate that the car is at the starting line in the correct position. The next 3 lights are the starting signals, they light up in sequence with 0.5 second apart. The green light comes up when the cars are ready to go, the red light supposed to indicate a failed start.

As I did not have as many Lego lights as necessary, we had no failed starts so the red lights are not working 🙂 I created 2 sequences controlled by the two SBricks – the first one was the staging sequence, turning on the top lights as the cars were approaching the starting line and crossing the virtual sensor beams. The second sequence turned on and off the starting signals with the proper delay, then the green light comes up and stays on. There’s also a brief light up of the staging lights right after the start when the back wheels are supposed to cross the sensors, but that’s not visible on the video.

I tried to do my best to arrange and hide all the cables behind the tree and in the box. The pole itself with the lights can be turned around, so I was able to film the lights from both directions.

With the necessary parts it should be fairly easy to create a properly functioning Christmas tree. Adding more lights (the 2 rows should be independent),  more SBricks to control them and 4 proximity sensors could turn it from simulation to the real deal, the necessary sequences can be programmed with the SBricks. The proximity sensors would engage the pre-stage and stage lights. Once the car is in the correct position the start sequence could be initiated automatically, going through the 3 amber lights and then light up the green one. The proximity sensors can be used to monitor if the cars had an early start before the third amber light goes off, that would indicate a failed start and the red light is turned on. With 2 extra proximity sensors it could be even possible to create a finish line and display the results of the race. 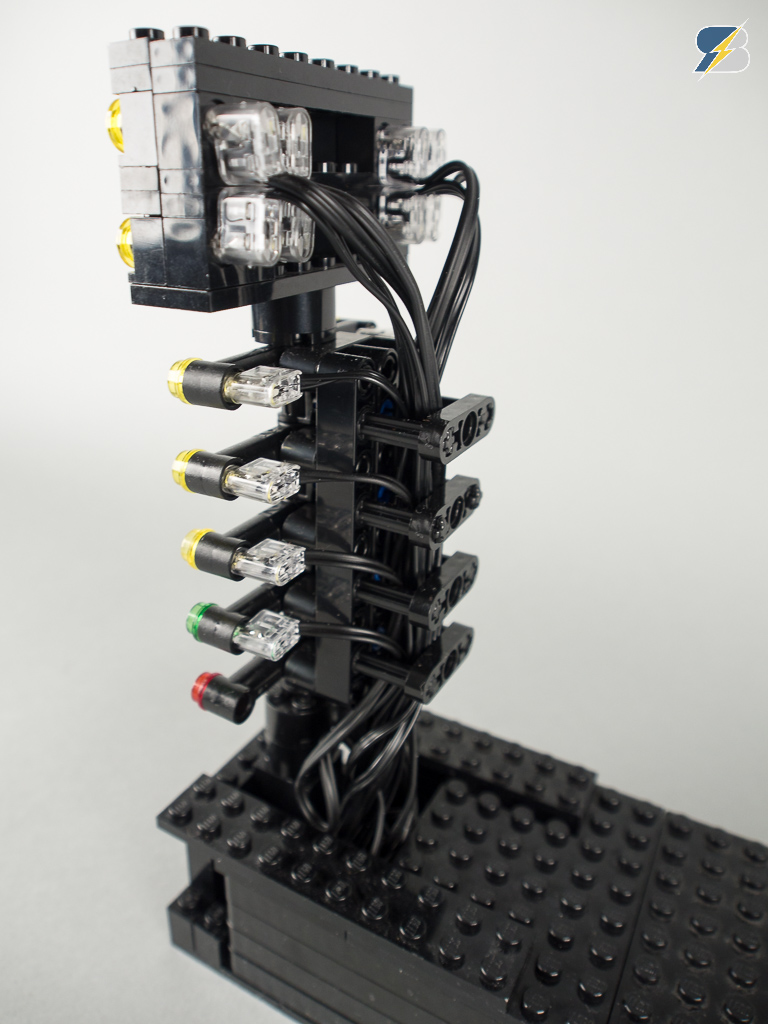 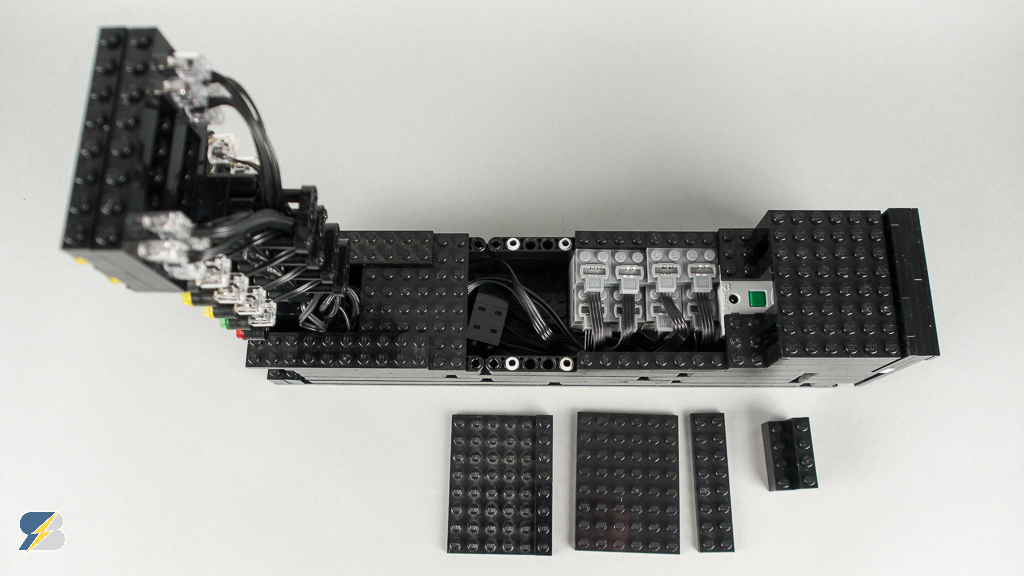 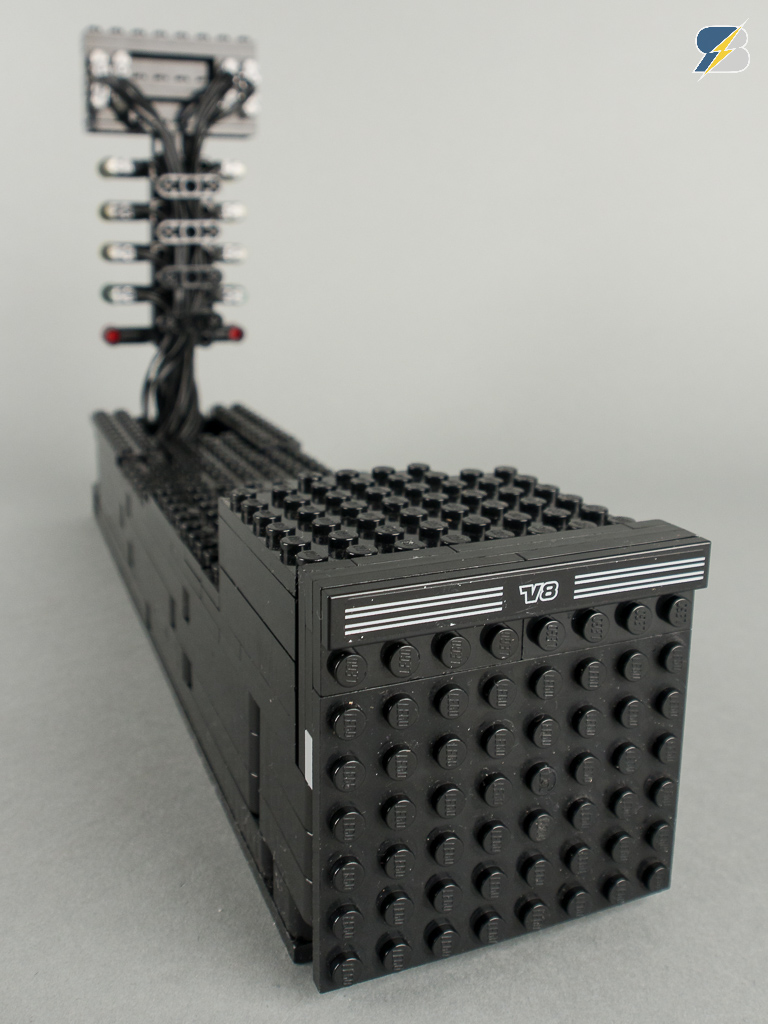