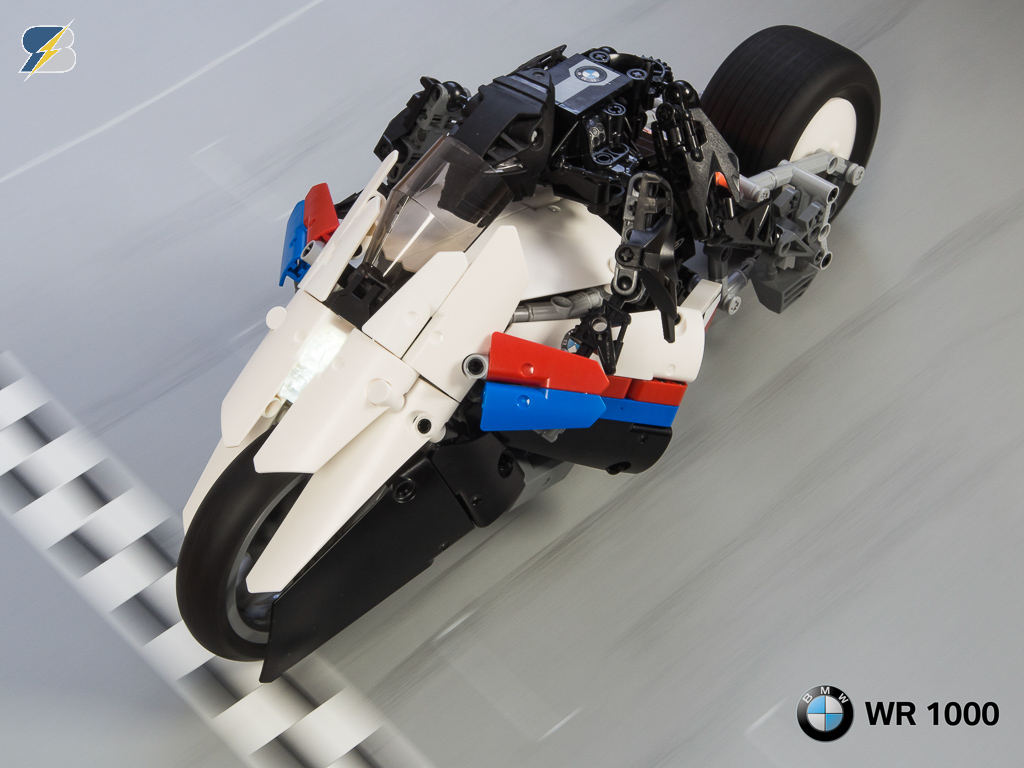 I’d like to present you a project I created for the BMW “Build to the future” Rebrick contest. The aim was to create a futuristic BMW motorcycle while trying to match the style and colors of the brand. I did not try to add too much Technic functionality to the bike, I was rather focusing on the look and the overall presentation/photos. My submission entry was the following:

In the late 21th century only autonomous connected vehicles are allowed on public roads. Motorcycle enthusiasts can compete on closed tracks. The BMW WR 1000 is one of the finest examples of the specialized two wheelers built with a sole purpose – speed. Continuing the legacy of the world speed record breaker WR 750, this 1,000-HP all-electric motorcycle is the king of the tracks. It has two wheel hub motors powered by a quick-swap battery pack, enclosed in a lightweight carbon fiber tube frame.

Main highlights of the model:
– “tube frame” made of Technic axles and connectors
– quick-swap battery pack secured by a single pin
– integrated headlights and back lights with hidden wiring
– adjustable rear suspension
– front and rear hub wheel motors
– integrated cooler for the battery pack
– driver (robot-like Bionicle figure was created due to the restrictions of the contest, I could not use parts from other themes e.g. Star Wars)
– solar charging station for the batteries
– body panels matching the BMW color scheme

You can see the 5 entry photos for the contest and some additional ones. It was a nice challenge to create the first “action shoot”, I’ll share the creation process later in a separate post if you are interested. 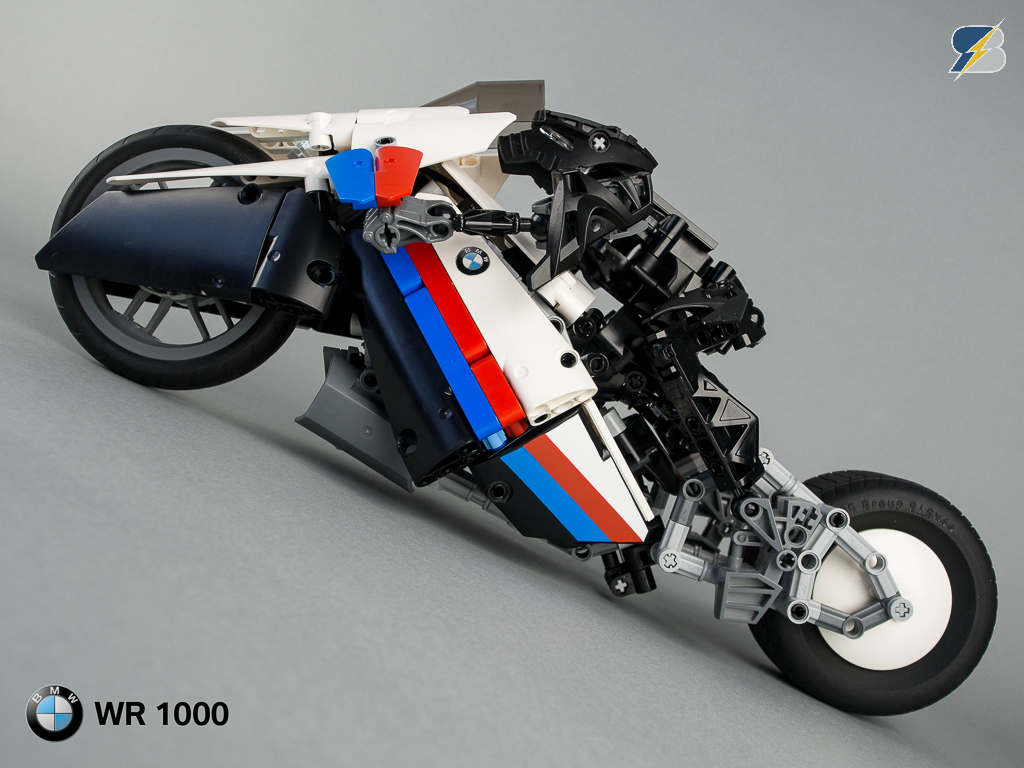 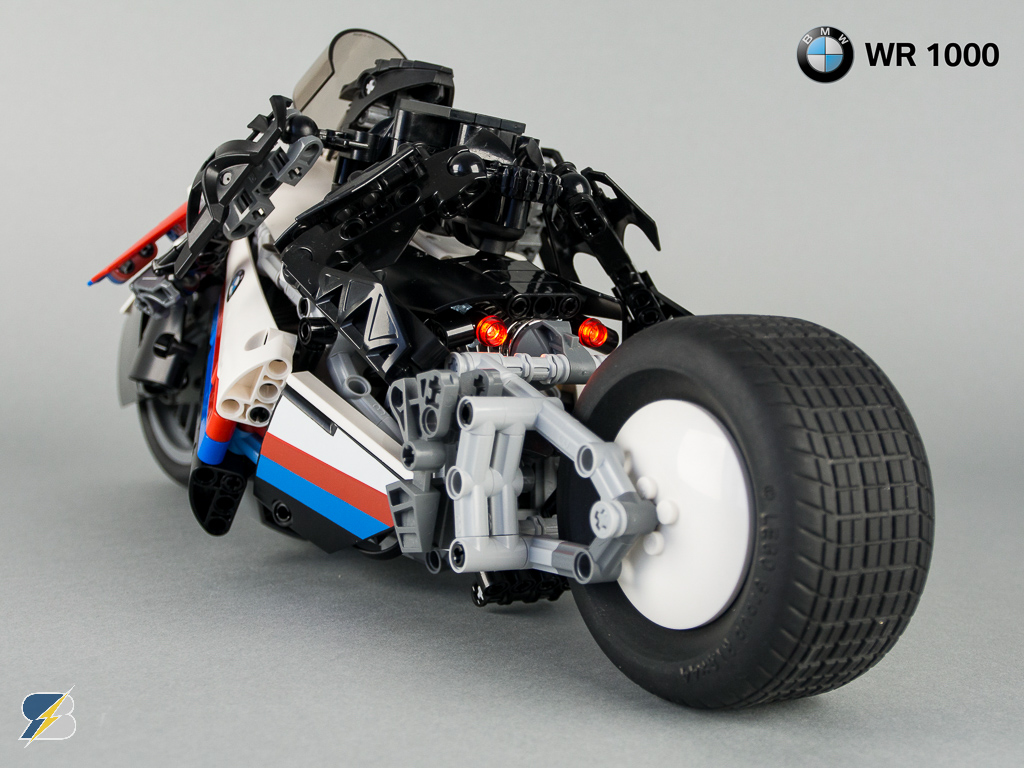 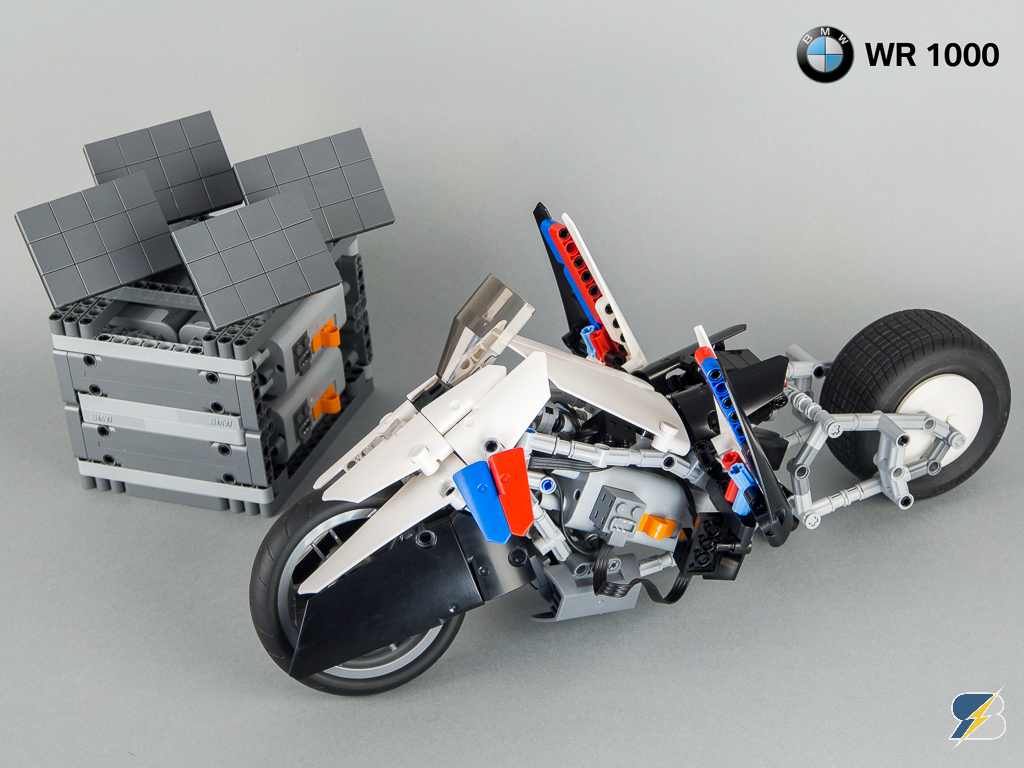 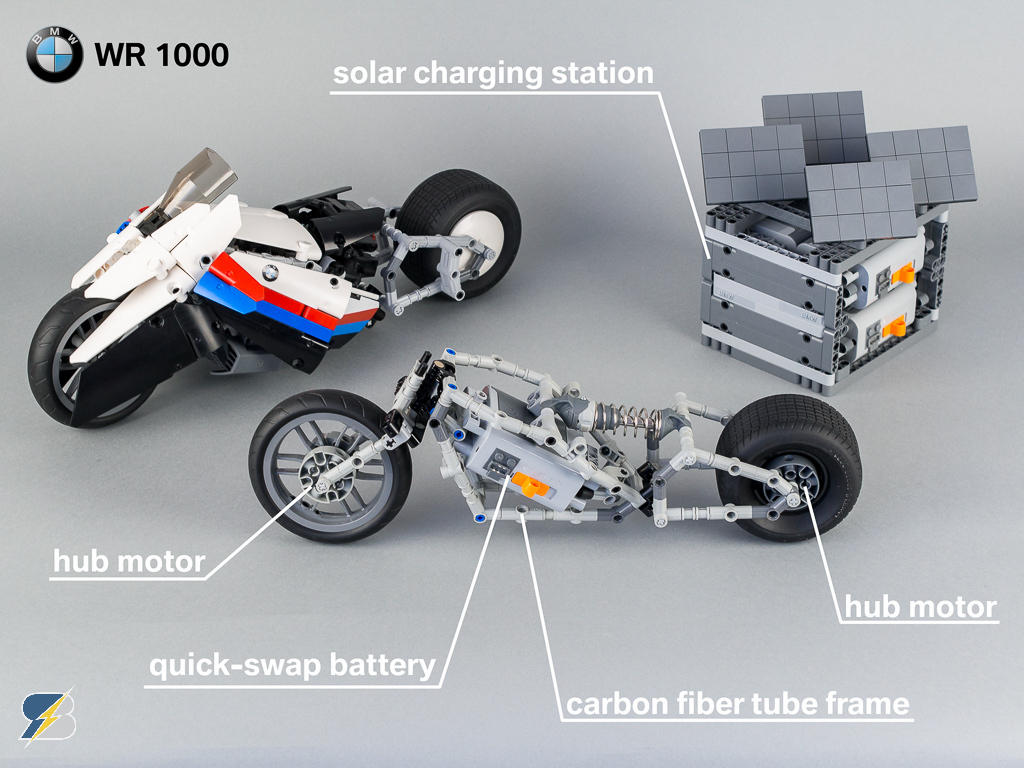 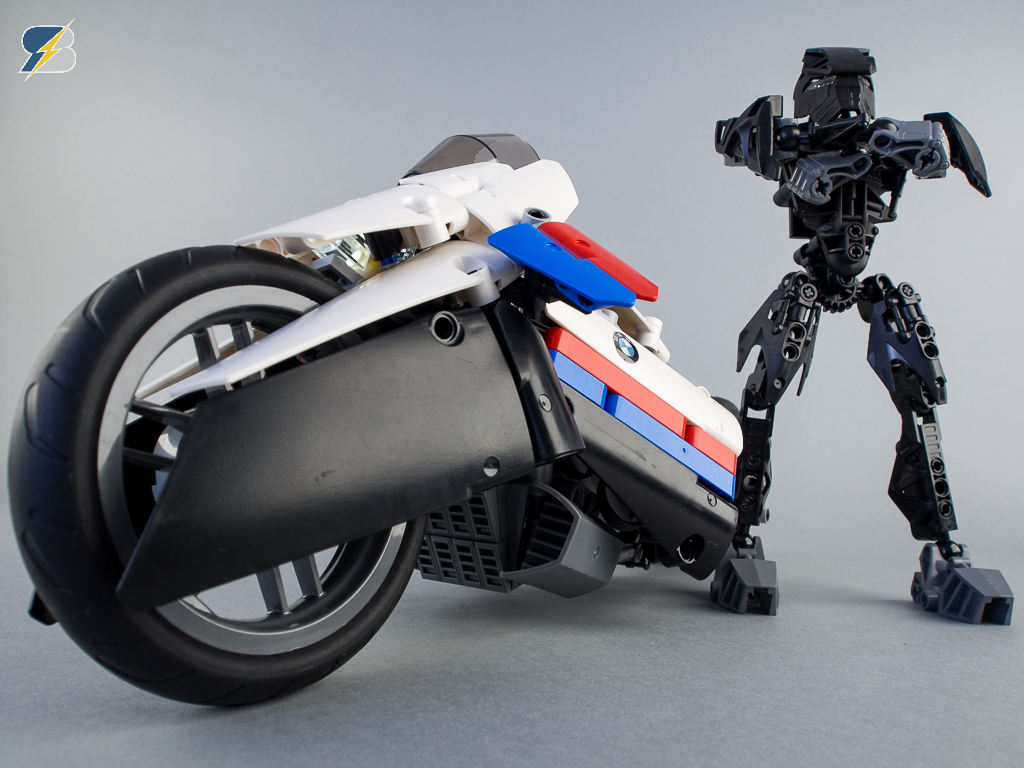 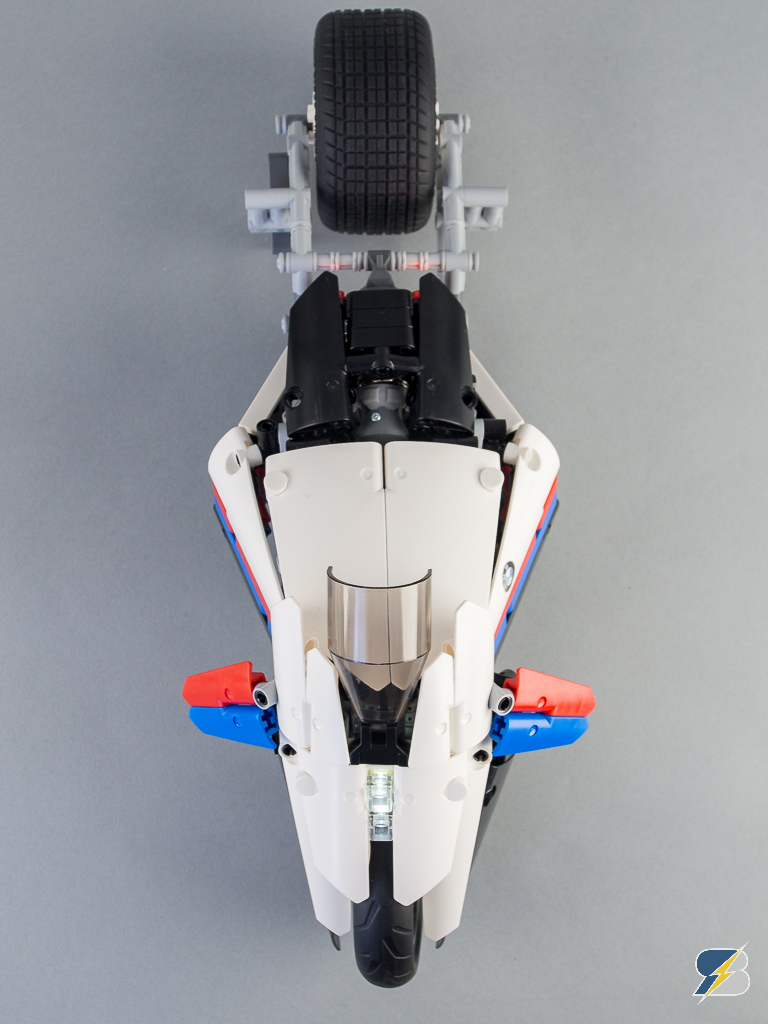 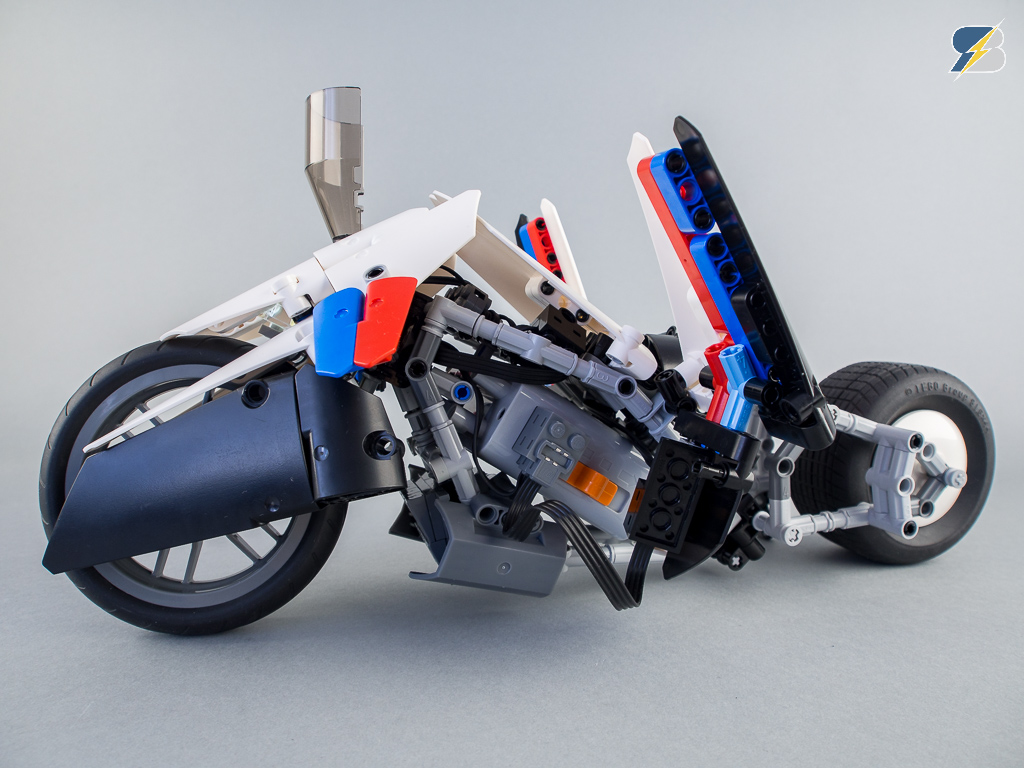 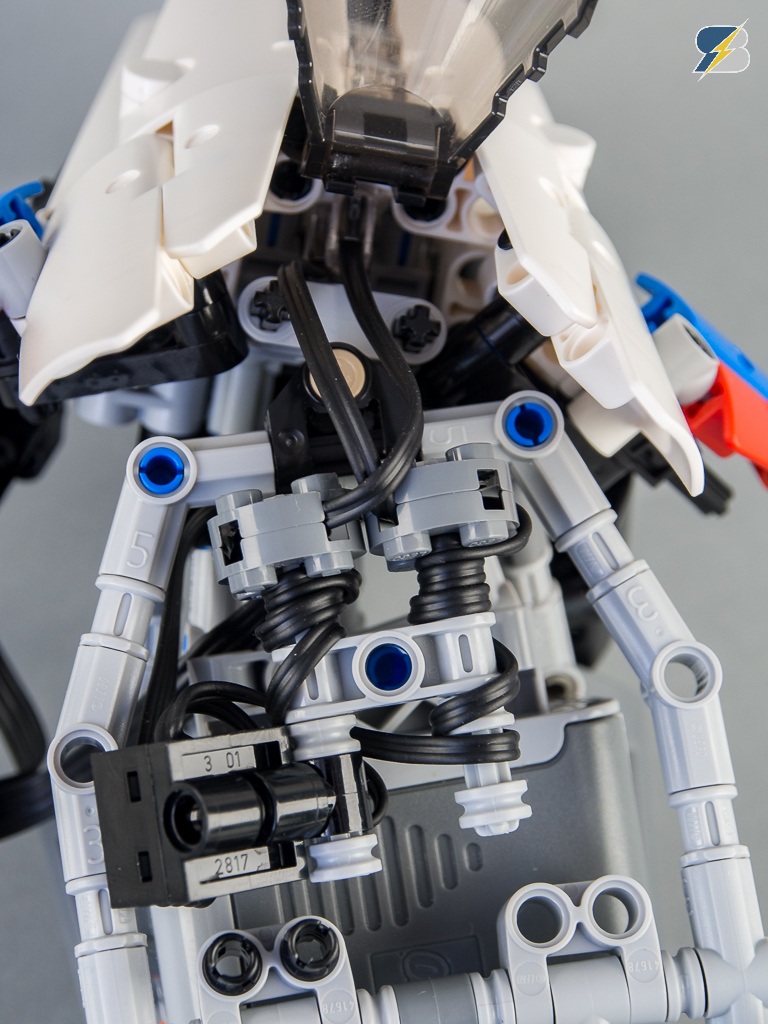