UPDATE #4 – Here is my full review with unboxing, build details, feature presentation and an outdoor field test in a quarry!

UPDATE #3 – According to zusammengebaut.com LEGO Germany confirmed that the release of the set will be delayed until October 2019 because of some production problems of certain parts. This delay does not affect the other Technic sets scheduled for August.

LEGO announced the flagship Technic model of this year at Spielwarenmesse 2019 in Germany – it will be a Liebherr R 9800, one of the largest excavators in the world. The LEGO Technic 42100 set consists of more than 4,000 parts, seven motors and two Smart Hubs.

This confirms that the Technic variation of the Powered Up hub will have 4 ports compared to the 2 ports of the current “City” Powered Up hub.

The model will be equipped with LEGO Technic CONTROL +, apparently the Technic variant of the Powered Up system. It’ll have new electronic components and an associated free app with controlling and programming possibilities.

According to the news the price will be 449.99 EUR 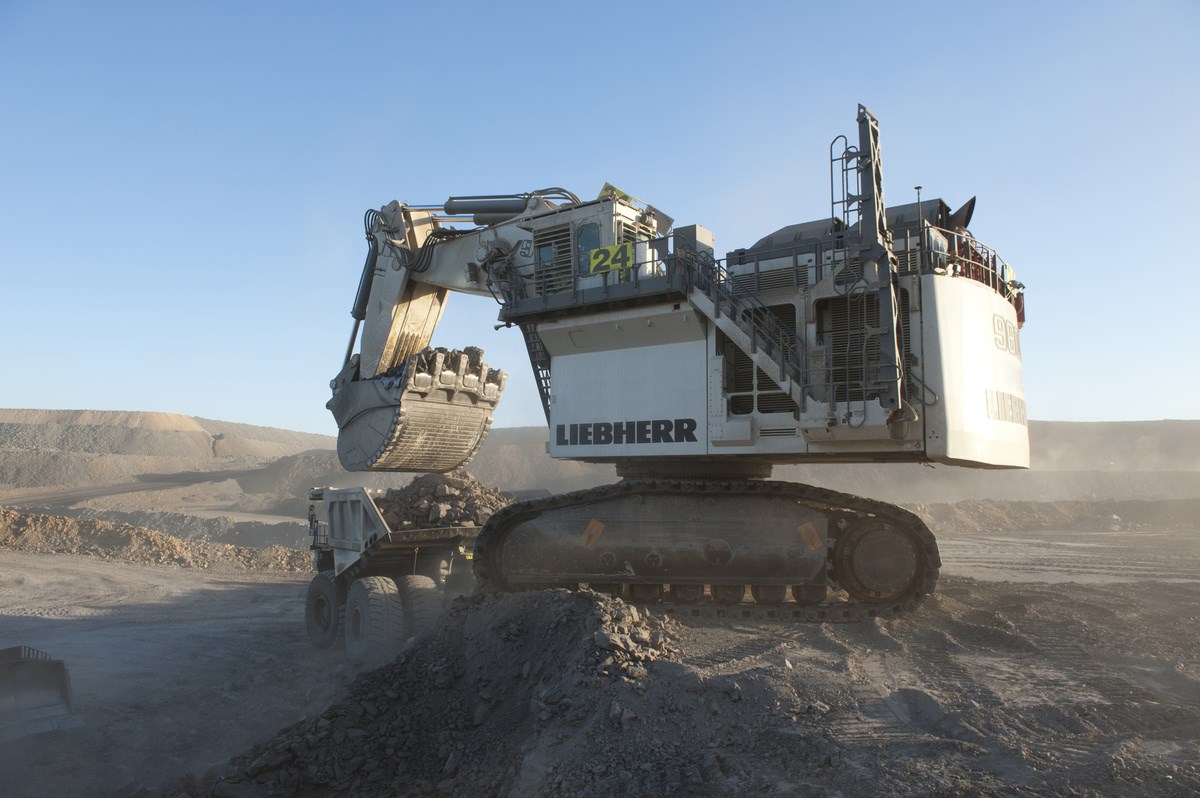 With LEGO Technic CONTROL +, consisting of new electronic components and the associated free app, children and adults experience an even more authentic gaming experience. CONTROL + enables touchscreen control to provide realistic control and, for example, programming of simultaneous movements of the models. In addition, the app gives vehicle data of the model again.

LEGO Technic CONTROL + can be tested for the first time from 1 August 2019 with the replica of the Liebherr R 9800, one of the largest excavators in the world. The LEGO Technic model consists of more than 4,000 parts, seven motors and two Smart Hubs and can execute several movements at the same time. “LEGO Technic CONTROL + gives us the opportunity to create even more versatile LEGO Technic gaming experiences around the physical model. We are delighted to have Liebherr as a partner in one of the first LEGO Technic sets to incorporate this novelty, “said Niels Henrik Horsted, LEGO Technic Marketing Director. The cooperation is also ideal for Liebherr: “The fact that the LEGO Group is offering our Liebherr R 9800 as a construction kit confirms our motto ‘technology that inspires’ on a small scale. The detail and functionality that the model shows are fantastic. We are confident that we will not only be able to inspire LEGO fans but also many fans from our industry, “says Gregory Schuh, Marketing Manager for Liebherr Mining Hydraulic Excavators.